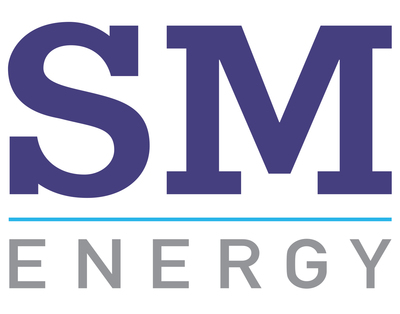 SM Energy Company («SM Energy» or the «Company») (NYSE: SM) announced today financial results and operations highlights from the second quarter of 2017. The Company has revised its quarterly reporting format to include posting both an investor presentation and pre-recorded call in conjunction with this release. Please visit the Company’s website at sm-energy.com to access this additional second quarter detail. The Company will host a webcast and conference call at 8:00 a.m. Mountain Time (10:00 a.m. Eastern Time) tomorrow, August 4, 2017, to answer questions. Further information on the earnings webcast and conference call can be found below.

President and Chief Executive Officer Jay Ottoson comments: «Our team continues to meet or exceed our operational objectives year-to-date.  Our relentless pursuit of improved well performance and detailed approach to cost management have delivered high levels of efficiency in our capital investment program.  As a result, year-to-date we have generated more production than we expected with less capital investment than we planned, and we are further increasing 2017 production guidance to reflect our projections for continued outperformance.»

Adjusted EBITDAX for the second quarter of 2017 was $154.1 million, compared with $217.1 million in the prior year period. While the pre-hedge operating margin was significantly higher in the second quarter of 2017, the prior year period benefited from a $101.7 million derivative settlement gain. For the first six months of 2017, adjusted EBITDAX was $326.3 million.

Costs incurred for the second quarter of 2017 were $258.0 million, which included $15.7 million of primarily unproved property acquisitions. Second quarter total capital spend (see below for GAAP reconciliation) was $237.3 million. During the quarter, the Company drilled or participated in 30 net wells and completed or participated in 25 net wells. For the first six months of 2017, costs incurred were $515.0 million and total capital spend was $430.2 million.

Please refer to the Total Capital Spend Reconciliation at the end of this release for a reconciliation to Costs Incurred in oil and gas activities (GAAP).

In the second quarter of 2017, production from the Company’s Midland Basin assets was 2.3 MMBoe and was 75% oil. The Company is currently running seven horizontal rigs in the basin, with two in the Sweetie Peck area and five in the RockStar area. The Company recently converted the single vertical rig operating in the RockStar area to horizontal drilling, and is currently running three completion crews. During the second quarter, the Company drilled 23 net operated wells and had nine net flowing completions. The second quarter production margin for this area was $28.75 per Boe.

Subsequent to quarter-end, the Viper well, located in the northern portion of the Company’s RockStar acreage, reached a 24-hour peak initial production rate of 1,316 Boe/d. The Viper well is drilled into the Wolfcamp A with a 10,400 foot lateral. Similar to peer wells in the area, the Viper well demonstrates a lower peak rate combined with a flatter production profile. In combination with nearby peer wells, the area now supports economic wells in the Wolfcamp A (SM, Sabalo), Wolfcamp B (Apache) and Lower Spraberry (Sabalo).

The Company remains focused on optimizing drilling and completion operations across the basin in order to identify the appropriate number of wells per section and optimize production performance in preparation for increased development activity in 2018. Over the past year, the Company has collected approximately 3,500 feet of core to better understand the entire Spraberry through Wolfcamp column, gather geomechanical rock properties necessary to support reservoir simulation efforts, and evaluate untested intervals. Efforts to drive capital efficiency and optimization also include drilling longer laterals and pad drilling. The Company has just completed the first 10,000 foot laterals at Sweetie Peck and has just completed the first six well pad at RockStar that co-develops the Lower Spraberry and Wolfcamp A.

The Company currently has approximately 89,000 net acres in the Midland Basin, which includes approximately 5,400 additional net acres acquired year-to-date through acreage trades and other transactions.

The Company’s focus on drilling and completion optimization continues to drive better results in the Eagle Ford where completions year-to-date are exceeding type curve expectations and driving higher production. For example in the North Area, pad completions in the first half of 2017 included tighter stage and cluster spacing with increased fluid. The Company’s current drilling plan co-develops the lower and upper Eagle Ford (see associated investor presentation for graph). In the East Area, pad completions included higher sand loadings and tighter stage spacing. Wells are downspaced to 625 feet (from 900 feet) and continue to outperform the 900 foot spacing type curve.

In the Powder River Basin, the Company is working with a third party to test newer generation drilling and completion techniques in the Shannon and Frontier zones. To-date, well results are very positive and the Company anticipates continuing its relationship with the third party into 2018.

During the second quarter, the Company decided to retain its Divide County assets (previously held for sale) rather than sell the assets due to market conditions.

Third quarter of 2017 production is expected to range between 10.8 and 11.2 MMBoe, which will vary depending upon the ultimate timing of capital activity, at approximately 29-30% oil in the commodity mix.

Total capital spend (before acquisitions) is a non-GAAP measure. The Company is unable to present a quantitative reconciliation of this forward-looking non-GAAP financial measure without unreasonable effort because acquisition costs are inherently unpredictable.

As previously announced, SM Energy is posting a pre-recorded discussion and presentation in conjunction with this earnings release. Please look for the additional detail on our website at www.sm-energy.com. Tomorrow morning, the Company will host a second quarter financial and operating results Q&A session via webcast and conference call. Please join management at 8:00 a.m. Mountain Time/10:00 a.m. Eastern Time August 4, 2017. Join us via webcast at www.sm-energy.com or by telephone 877-870-4263 (toll free) or 412-317-0790 (international), and indicate SM Energy earnings call. The webcast and call will also be available for replay. The dial-in replay number is 877-344-7529 (toll free).

This release contains forward-looking statements within the meaning of securities laws. These statements involve known and unknown risks, which may cause SM Energy’s actual results to differ materially from results expressed or implied by the forward-looking statements. Forward-looking statements in this release include, among other things, guidance estimates for the third quarter and full year 2017. General risk factors include the availability, proximity and capacity of gathering, processing and transportation facilities; the volatility and level of oil, natural gas, and natural gas liquids prices, including any impact on the Company’s asset carrying values or reserves arising from price declines; uncertainties inherent in projecting future rates of production or other results from drilling and completion activities; the imprecise nature of estimating oil and gas reserves; uncertainties inherent in projecting future drilling and completion activities, costs or results; the uncertain nature of divestiture, joint venture, farm down or similar efforts and the ability to complete any such transactions; the uncertain nature of expected benefits from the actual or expected divestiture, joint venture, farm down or similar efforts; the availability of additional economically attractive exploration, development, and acquisition opportunities for future growth and any necessary financings; unexpected drilling conditions and results; unsuccessful exploration and development drilling results; the availability of drilling, completion, and operating equipment and services; the risks associated with the Company’s commodity price risk management strategy; uncertainty regarding the ultimate impact of potentially dilutive securities; and other such matters discussed in the «Risk Factors» section of SM Energy’s 2016 Annual Report on Form 10-K, as such risk factors may be updated from time to time in the Company’s other periodic reports filed with the Securities and Exchange Commission. The forward-looking statements contained herein speak as of the date of this announcement. Although SM Energy may from time to time voluntarily update its prior forward-looking statements, it disclaims any commitment to do so except as required by securities laws.