XIAMEN, China, March 17, 2017 /PRNewswire/ — Gates Corporation has entered the rapidly expanding Chinese bike share market with the launch of the Baicycle bike share program in this city. Baicycle uses a Gates Carbon Drive belt instead of a chain or shaft drive due to the higher performance, lighter weight and low maintenance of the Gates system. 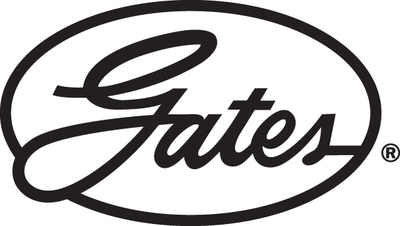 Gates Carbon Drive will display the Baicycle at its booth at the Taipei Cycle Show (March 22-26) and is inviting city bike share representatives to come view the bike and consider it for use in their   communities.

With a clean white aesthetic, Baicycle is an app-based bike that represents the modern look and technology of next-generation fleet bicycles. Users locate, rent and unlock their Baicycles via a GPS enabled smartphone app that helps riders navigate their city and locate nearby landmarks. To ensure a comfortable riding experience Baicycle uses an ergonomic saddle and adjustable seat post. Next generation technology allows for kiosk or non-kiosk rentals and bike reservations, allowing users to leave their bikes throughout the city like car sharing schemes.

Baicycle launched in early 2017 in the city of Xiamen, a tourist and business destination on the southwestern coast of China. The name Baicycle is a clever play on a historic Dutch free bike program, and the Chinese word for white, which is bai. In 1965, some Dutch citizens placed free bicycles painted white on the streets of Amsterdam, hoping to encourage people to ride. Some call it the first modern bike share program.

From those humble beginnings, bike shares have exploded in popularity worldwide as a solution for urban congestion. This is especially true in China, where the bike share market is rapidly growing as entrepreneurs and the government launch initiatives to get people out of cars and onto bicycles to reduce pollution and cut traffic congestion.

While Baicycle is the first bike share program in China for Gates Carbon Drive, the Gates system is used on other leading bike share fleets in the United States (the Gotcha Bike program on college campuses) and Europe (the GoBike electric bike share in Denmark and Norway).

«Baicycle is a fast-moving company that has a strong eye for design and a smart business model with a goal to succeed over the long term by offering a superior riding experience and bicycles with durable components that lower fleet maintenance costs,» says Todd Sellden, Director of Gates Carbon Drive Systems. «Gates Carbon Drive has become popular on urban bicycles in Europe due to its clean, simple and grease-free qualities, and now we are excited to bring these advantages to the Chinese bike share market. The Gates system lowers the manpower required for maintenance, eliminates rust and greasy lubrication, and it is also lighter and faster than the heavy and sluggish shaft drives used on some bike share bicycles.»

Baicycle is financially supported by Mi, a large consumer electronics company that is Baicycle’s primary investor. The goal of the companies is to build on the success of the Xiamen launch and expand to other cities in China, and worldwide.

Gates will display the bike in the Gates Carbon Drive booth at Taipei Cycle Show (4F-M0828) and present it to bike share program officials.

About Baicycle
Launched in the city of Xiamen, Baicycle is an innovative bike share program that seeks to increase ridership by offering technologically advanced bikes that are fun to ride and promote the goal of reduced city air pollution and traffic congestion. Baicycle plans to expand to cities throughout China, and to provide bicycle fleets for bike share programs in Europe and the United States. www.baicycle.com

To view the original version on PR Newswire, visit:http://www.prnewswire.com/news-releases/gates-enters-chinese-bike-share-market-with-launch-of-belt-drive-baicycle-300425456.html