BOULDER, Colo., Aug. 16, 2017 /PRNewswire/ — A new restaurant called Emmerson will open in the heart of Boulder on August 24, featuring an exciting and extraordinarily talented team of hospitality industry veterans from New York, Los Angeles and Boulder. 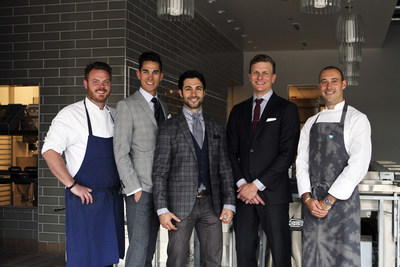 Emmerson, an all-day neo bistro, will feature a menu aimed to reignite diners’ appreciation for grains through beautifully baked breads and pastries, homemade porridges and pastas and cocktails made with grain-based spirits. Chefs will express their personalities through their food and diners will experience fine dining masquerading as a neighborhood restaurant.

Emmerson is the brainchild of five collective owners, including:

Another vital member of the Emmerson team is Nancy Kwon, who left L.A. to relocate to Boulder and become the bar manager and cocktail curator for the new restaurant. Credited with introducing the craft cocktail movement to Los Angeles’ Koreatown, Nancy won LA Weekly’s «Best Bartender» award in 2015 and ranked in the top five in Craft Cocktails America’s list of the «Top 50 American Bartenders» in 2016.

«Each of us is committed to this project in a way that truly feels like family,» said Kaplan. «It’s the perfect marriage of fresh, outside perspective from our chefs who moved here from New York to be a part of Emmerson, and home-grown talent from our two local hospitality pros from Boulder’s thriving and close-knit restaurant culture.»

The approachable space of Emmerson at 1600 Pearl Street consists of 5,160 square feet and 125 seats, as well as a 290 square foot outdoor patio that seats 25 for al fresco drinking and dining. The restaurant will open at 7:00 a.m. daily and feature late-night dining options, daily happy hours and brunch on Sundays. For more information, visit www.EmmersonRestaurant.com.