GREENWICH, Conn., Sept. 13, 2017 /PRNewswire/ — Brantley Gilbert and Brett Eldredge have been added as headliners for the 27th Annual Country Jam festival at Jam Ranch outside Grand Junction, CO. «Colorado’s Biggest Country Music Party,» which hosted nearly 92,000 fans in 2017, will be held June 14-17, 2018, in the heart of Western Colorado. 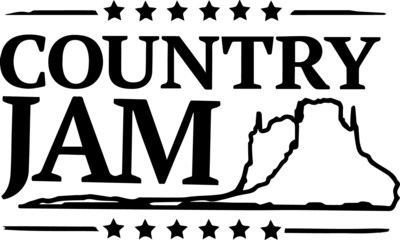 More information about Country Jam can be found online at www.countryjam.com

About Brantley Gilbert
Brantley Gilbert is tearing up the road to Country music with his upcoming album JUST AS I AM (The Valory Music Co.), which is already burning up the airwaves and ushering in summer with his first new work in four years. Like the album’s title, the songs are an expression of who he is at this time in his life. The rings, the chains, the faith, the no apologies—»If You Want A Bad Boy,» you’ll find one in Brantley’s first song on his new album. Love him or not, his latest offering is JUST AS I AM and it is an album of unforgettable memories—for him and everyone who hears it. Brantley doesn’t just write songs, he shares from the heart the chapters of his life through music. He is adamant about the fact that the devoted «BG Nation» is made up of his friends, not fans. He’s created a high-energy, in-your-face collection with plenty of adrenaline and testosterone. He also evokes a softer connection, proving a tough guy can be tender, too. No matter the song, he plays the guitar like an extension of his voice—an ebb and flow of emotion that resonates with millions. Well-worn denim, metal in many forms and a pulled-down ball cap may frame Brantley, but the true art comes from what you don’t see. His inspiration for writing comes from all aspects of his life, but he knows when he gets an «ear worm» it is a song that he needs to write now; he just has to give it legs and wings. That’s just what happened with Brantley’s #1 single «Bottoms Up.»

About Brett Eldredge
Seven years into one of the hottest careers in country music, there are more eyes on Brett Eldredge than ever before. And with the release of his latest album for Atlantic Records/Warner Music Nashville, those eyes will finally get the full story. Eldredge dropped his first two albums into the top two positions of Billboard‘s country chart with Bring You Back and Illinois, and did the same with an incredible six singles in a row all hitting #1. He tallied seven Gold or Platinum certifications, scored 2014’s CMA New Artist of the Year award and co-hosted ABC’s CMA Music Festival: Country’s Night to Rock. He’s the rare breed of entertainer who shines both behind the mic AND in front of TV cameras. From a personal standpoint, Eldredge’s self-titled album is the most satisfying music he’s ever made. It’s diverse, unflinching, and adventurous, because he was on a mission to reveal his whole story – or at least, the story up until now.

About Townsquare Media, Inc.
Townsquare is a media, entertainment and digital marketing solutions company principally focused on small and mid-sized markets across the U.S. Our assets include 309 radio stations and more than 325 local websites in 66 U.S. markets, a digital marketing solutions company serving approximately 10,200 small to medium sized businesses, approximately 550 live events with nearly 18 million attendees each year in the U.S. and Canada, and one of the largest digital advertising networks focused on music and entertainment reaching more than 60 million unique visitors each month. Our brands include iconic local media assets such as WYRK, KLAQ, K2 and NJ101.5; acclaimed music festivals such as Mountain Jam, WE Fest and the Taste of Country Music Festival; unique touring lifestyle and entertainment events such as the America on Tap craft beer festival series, the Insane Inflatable 5K obstacle race series and North American Midway Entertainment, North America’s largest mobile amusement company; and leading tastemaker music and entertainment owned and affiliated websites such as XXLmag.com, TasteofCountry.com, Loudwire.com, JustJared.com and BrooklynVegan.com. For more information, please visit www.townsquaremedia.com.